Bowman blows up Bison for region title, trip to state

Bowman County exploded for 27 points in the fourth quarter, burying any Region 7 title hopes the Hazen Bison had going into Thursday’s (March 10) game and sent the Bulldogs into the state Class B tournament in Minot.

The Bison scored just seven points in the final quarter.

The Bison had the advantage early, building a 17-11 lead after one quarter. With 3:30 left Hazen built up a 13-4 lead.  Then Bowman County would go on a 7-4 run, with Bishop Duffield kicking it off with a driving layup through the middle of the Bison defense for his first points of the game.

Then the Bulldogs reversed it – outscoring the Bison in the second quarter with a 17-11 run of their own — to tie the game at 28-28 at halftime.

The Bison added to their lead almost two minutes into the second quarter with a pair of threes to take a 12-point (23-11) advantage.

After a quick timeout, the Bulldogs went on a 17-5 run, started by Carson Massey’s diving off-balance basket.

After the Bison made it an 11-point lead with under five minutes left, Sam Andrews hit a long jumper from the top of the key to cut the Bison lead to eight (26-18). Massey would grab an offensive rebound and a foul to hit a pair of free throws to make it just a six-point lead (26-20) with less than four minutes to go in the first half.

A three-pointer by Bohden Duffield with 3:12 on the clock cut the lead to just three points (26-23) and forced Hazen to call a time out.

The Bulldogs had gone on a 12-3 run in three minutes to make it a one-possession lead and had Hazen scrambling.

The Bison would score one more time with just under two minutes left, making it a five-point Hazen lead (28-23), but a three-pointer by Bishop Duffield cut to three points.

Andrews drove into the key for a layup with 41 seconds left to tie the game.

In the third quarter, the Bulldogs started another run with an Aiden Thompson three-pointer to give Bowman County its first lead of the game (31-28).  Bohden Duffield followed with a three-pointer from the corner to build up a six-point lead (34-28). 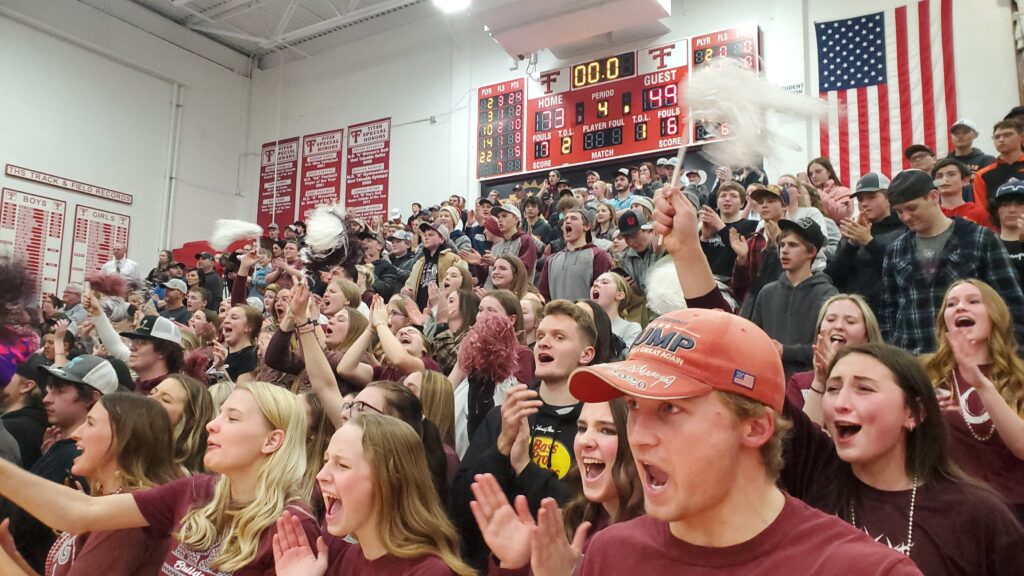 But the big run was in the fourth quarter for the Bulldogs.

It took just 12 seconds in the fourth quarter for the Bulldogs to turn up the heat on Hazen with a big three-pointer by Thompson to build a seven-point lead (49-42). Bohden Duffield would add another three-pointer a minute later, making it a 52-44 lead. Then he added another on a drive through the middle to make it 54-44 and also get a trip to the free throw line. He sank the shot for a three-point play that gave the Bulldogs an 11-point advantage.

Bohden Duffield would add a three-pointer to give the Bulldogs a 23-point lead with about three and a half minutes left in the game. The 67-44 lead meant Bowman County had gone on a 21-2 run in just five minutes.

Kyler Paulson scored Bowman County’s final points on a drive with 1:09 left in the game.

The two Duffields accounted 46 points – almost as much as the entire Hazen team.
The Bison were led by Mason Wick’s 12 points, while Talen Batke added 11. Tyson Wick finished with nine points, while Tah’tae Sage added six and Bruner put in five. Rylan Van Inwagen scored four while Byerley finished with 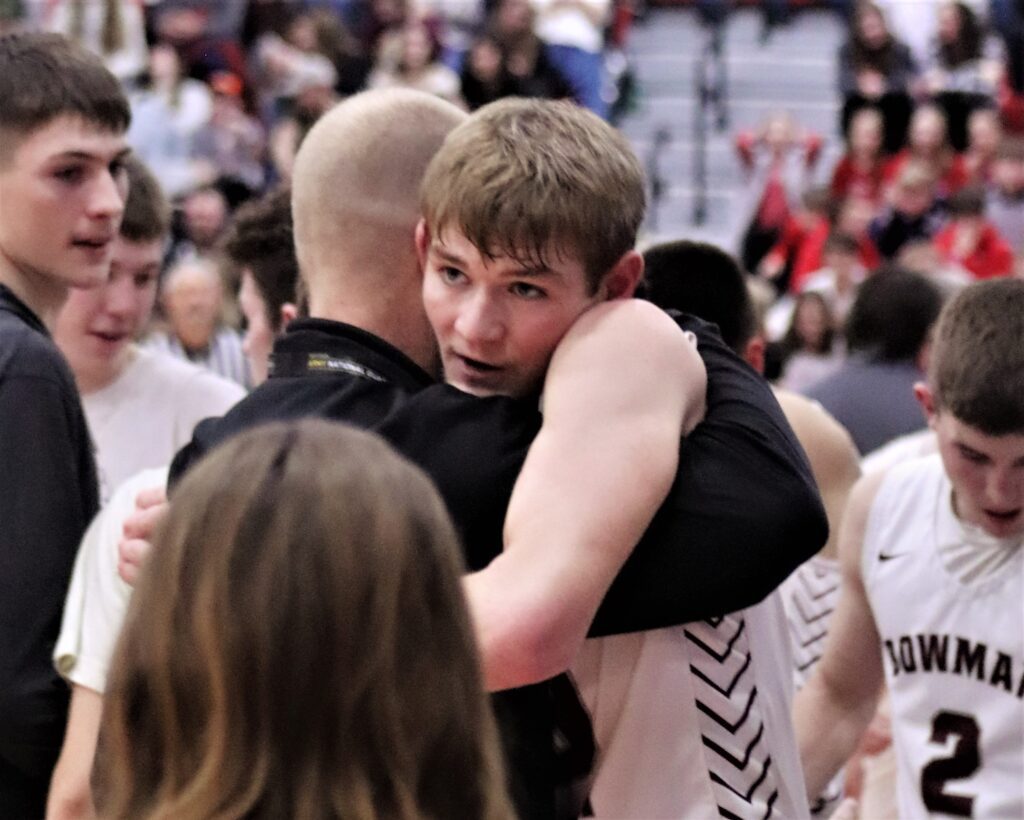 The Bowman Bulldogs celebrate their win as the Region 7 champions. Photo by Brad Mosher

After the game, coach Nick Walker credited the full stands of Bowman County fans next to the Bulldog bench for sparking the team to victory and sending them to Minot for the state Class B tournament. “Let’s talk about our student body… they were absolutely fantastic. They willed us in that third and fourth quarter,” he stressed.